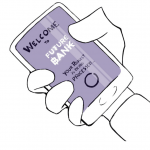 Banking industry is changing at an alarming rate. The first and the major reason for this shift is massive technological change.

A panel of close to 100 global financial services leaders presented its vision of the future of retail banking. Here is an excerpt of the new Digital Banking Report entitled, ‘2016 Retail Banking Trends and Predictions’, sponsored by Kony, Inc. being released shortly.

For the fifth consecutive year, we have surveyed a panel of close to 100 global financial services leaders for their thoughts around upcoming retail banking and credit union trends and predictions. The crowdsource panel including bankers, credit union executives, industry analysts, advisors, authors and fintech followers from Asia, Africa, North America, South America, Europe, and Australia.

These exclusive interviews are one of the components of the expansive Digital Banking Report, ‘2016 Retail Banking Trends and Predictions’, sponsored by Kony, Inc. being released shortly. In addition to interviews, the report includes in-depth analysis, charts and case studies around each trend.

Last year’s report proved to be highly accurate, with significant advancements in digital delivery, mobile design, the use of analytics, innovation and customer experience. Our expert panel was a bit too optimistic with their projections regarding mobile payments, industry consolidation and contextual engagement, however.

This year’s projections include a ‘doubling down’ on some of the major trends from last year, with new projected trends in the areas of digital and mobile delivery, customer experience, digital payments, alternative products, innovation, authentication and advisory services.

The first four of the trends above were omnipresent trends that were referenced by the majority of our panel. For the first time, panelists also believed banking would be testing of blockchain opportunities and responses to rising interest rates. While the impact of any of these trends will differ by region or institution, the panel believes each will have the potential to be game changers in 2016.

Overall, it was universally believed that the banking industry would still be playing ‘catch-up,’ and that the potential to be left behind or consolidated would increase as consumer expectations escalate and margins remain thin. James Haycock, managing director of Adaptive Lab and co-author of the book, Bye, Bye Banks, said, “It’s plain to see that a perfect storm of competition, technology, shifts in customer behavior and regulation will wreak havoc on the businesses we trust with our money. It’s a matter of when, not if, banking is reinvented. A new generation of companies and leaders are tearing the rulebook to pieces, adopting new technology, using new working practices, and serving customers whose lives are increasingly orientated around their mobile phones better than traditional banks can currently.”

Dan Latimore, SVP of banking for Celent, was a bit more optimistic, saying, “2016 will be the year that the gap between fintech hype and actual production-level implementation begins to significantly narrow. From biometrics to big data and analytics, from mobile payments to real-time, momentum will build as banks begin to implement at scale, and consumers begin to adopt in meaningful numbers. It won’t be a flood – changing the consumer takes time and requires overcoming inertia – but there will be significant progress.”

1. The ‘Platformification’ of Banking

In a report published by the Economist Intelligence Unit titled, ‘The Disruption of Banking,’ senior bankers and fintech executives were interviewed to ascertain the likely landscape for the retail banking industry over the next five years. While the degree of anticipated impact differed, both groups believed fintech firms will have a significant impact on the future landscape of banking. When the EIU asked bankers and fintech executives to assess their own strengths and weaknesses as part of the study, there was a strong correlation between the strengths of banks and the weaknesses of fintech, and, conversely, the strengths of fintech and the weaknesses of banks.

The most obvious complementary factor is that fintech firms need the scale of customers that the banking industry already possesses. With a much longer tenure and scale, banking firms also had the advantages of stability, trust, experience navigating regulations and compliance requirements and the access to significant capital.

When the weaknesses of banking were analyzed, it was determined that banks were more constrained by legacy systems than fintech firms, stifling innovation and the ability to be agile. Banking was also hampered by the inability to recruit the level of technological expertise needed to improve products compared to fintech firms.

Because of these complementary needs, the number one prediction for 2016 (by far) was the realization that fintech firms may be better partners than competitors in the future … a ‘platformification’ of banking.

“The most significant trend of 2016 will be the ‘platformification’ of banking, where both existing banks and startups begin a strategic shift towards becoming banking platforms, much like how Amazon is a platform in retail.”
– Ron Shevlin, Director of Research for Cornerstone Advisors and author of the book Smarter Bank

“The trend of building integrated solutions will remind industry old-timers of the ‘financial supermarket’ trend from the 80s, but platformification is different because banks and fintech startups can’t just sell (or re-sell) individual services from multiple providers. Instead, they will integrate services and provide quantifiably superior solutions (superior in terms of cost, performance, speed, convenience),”says Shevlin, 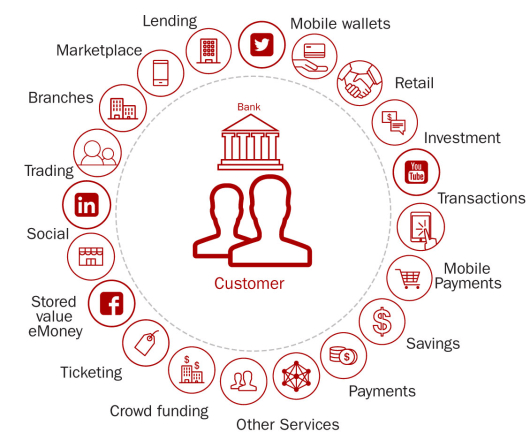 Financial industry consultant and fintech advisor, David Gerbino, referenced that fintech partnerships are not necessarily new. “While fintech firms and banks will continue to be pitted against each other in the media, by Congress, in banking c-suites and by regulators in 2016, the smart banks will partner with fintech solution providers as they have for the last few decades.”

Matthew Wilcox, SVP of the Digital Banking Group at Fiserv agrees, “I believe you will see advancements in partnerships with fintech companies who have created specific use case solutions that will drive enhanced results for retail, small business, and corporate banking customers.”

“I think the issue of rebuilding of organizations around APIs, will come to the fore. For the incumbents, it is far from clear that adding an API layer will be sufficient to deliver the flexibility and creativity that interconnecting challengers can bring to the space. Therefore, I suspect, that as APIs become the focus of competition in services, we will see considerable activity in acquisitions and partnerships.”
– Dave Birch, Director of Innovation at Consult Hyperion

“We will finally see a marriage happening between fintech and banks, with the latter integrating talent from the former, somehow looking for help to become faster in delivery, more accurate in their value propositions, and extremely attractive in UX and design of experiences.”
– Maria Jose Jorda Garcia, Head of Customer Experience Transformation, BBVA

“I think that 2016 will see more banks partnering with startups in a quest to get to market faster than their legacy systems currently allow – both under their own brand and white labeled.”
– Louise M. Long, Head of Human-Centered Design at NAB Labs

“Next year, we will also not speak about banks vs start-ups but the collaboration between banks and startups. Within 2-3 years, the rise of the API economy will also arrive in banking.”
– Claire Calmejane, Director of Innovation at Lloyds Banking Group

“Banks will continue to invest in fintech, with more banks having an increasing focus on ROI. A significant number of banks will also open up their APIs to the fintech community in 2016.”
– Danny Tang, Channel Transformation Leader, Global Banking at IBM

“JP Morgan Chase’s partnership with OnDeck will inspire more partnerships with fintech firms to accelerate change. But laggards are going to lag, and we’ll see them fade into irrelevance faster than last month’s internet memes.”
– JP Nicols, President and COO of Innosect

“It becomes increasingly apparent that some banks do not have the scale to compete as retail innovators or efficient payment processors. These firms will need to reinvent themselves or sell the resulting run rate to their boards, shareholders and commentators.”
– Daryl Wilkinson, Managing Partner of Lab12 Innovation

“Fintech will partner with incumbents or be bought by them as fintech accelerate their growth and banks will try to close their innovation gap. The fintech revolution has only scratched the surface of its potential and that is just great news for customers.”
– Spiros Margaris, Founder of Margaris Advisory

“We will see more acquisitions of fintech companies in 2016, and it will be interesting to see if start-ups are left as standalone entities or folded into the legacy organizations. Open APIs will help integration attempts and the smarter banks will leverage this advantage.”
– Aden Davies, previously Social Technologies Specialist at HSBC

“I wouldn’t be shocked if a firm like Visa or Goldman Sachs look to open-source more of their internal projects as a way to attract participation from Silicon Valley – this will hint at banks becoming ‘platforms’.”
– Ian Kar, Future of Finance Reporter at Quartz

“Fintech firms will mature, with investment in the fintech industry further increasing. The majority of banks will pick up the digital banking theme and create fintech partnerships.”
– Frank Schwab, Co-Founder of the FinTech Forum

“Traditional financial groups will start to integrate new services originated by startups, in the same way that Goldman Sachs is developing online lending or ING is partnering with Kabbage. At the same time, there will be more rationalization and consolidation in the fintech space, with the large players continuing to grow – and potentially acquiring smaller startups.”
– Huy Nguyen Trieu, author of the blog, Disruptive Finance

“The attention paid by the financial sector to fintech is due to several factors: start-ups gaining traction around the world, some large digital players launching financial products which gained scale and visibility quickly, and the emergence of new technologies, such as blockchain, which could change a number of things for the sector.”
– Christophe Chazot, Group Head of Innovation at HSBC

“Similar to the stage theatre competing with broadcast TV, can banking build a new business with new media and a new team? Will banks wake up and give up some of the ownership of governance within their organization and put it in the hands of the fintech expert?”
– Barbara Biro, Director, Channel Migration/Digital Transformation at Mashreq Bank

“The recent partnerships between banks and fintech firms show that banks value the platforms these start-ups have built, which will foster more collaborations in the future. We should expect more alliances built around APIs and white-label solutions in the future, allowing any entity with strong ties to the consumer or small businesses to offer solutions to those markets.”
– Stephen Sheinbaum, Founder of Bizfi